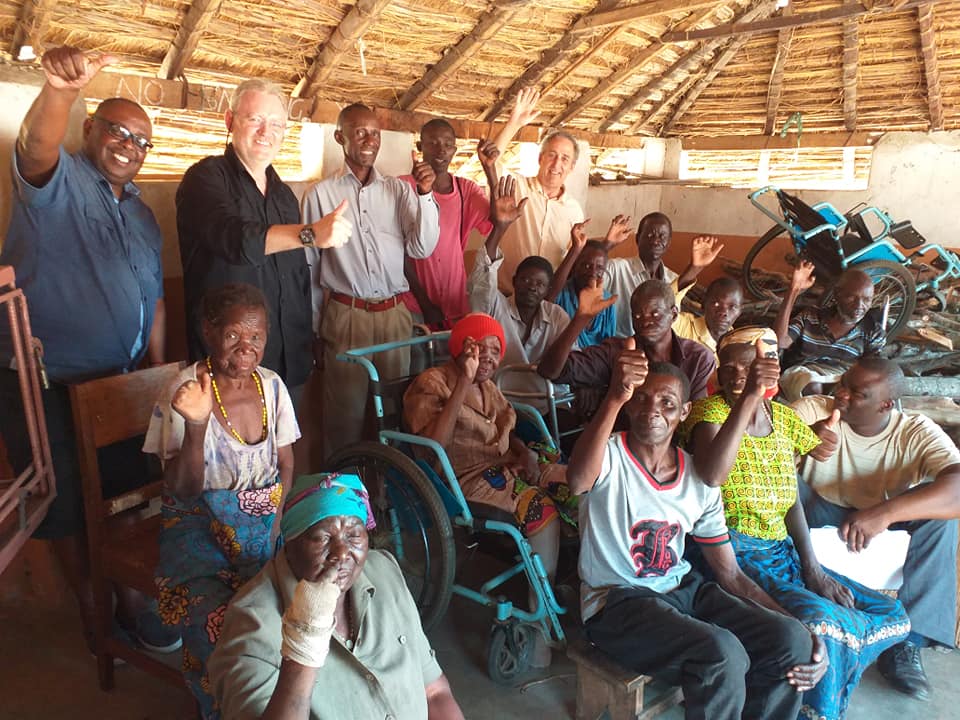 I met Nigel for the first time on 27th August 2015 after exchanging several emails before his trip to Zambia with Father Francis Kachere of Malawi. Nigel was looking for Leprosy communities in Zambia where LUV+ could start the income generating activities for the former and current Leprosy patients. He used Mr. Google to locate some communities. He also wanted to know if there is an organisation in Zambia dealing in Leprosy. He found Zambia Tuberculosis and Leprosy Trust (ZATULET) a local NGO as the only organisation doing leprosy works. He got my contacts and finally he came with Father Francis Kachere of Malawi.  On 28th August I took the two good people to the National TB and Leprosy control programme Manager then, Dr. Nathan Kapata in the ministry of health for introduction and for them to get clearance to travel and do their feasibility study. This was the beginning of our partnership and the partnership grew up to day. He found the money and ZATULET implemented the activities in Zambia.

Nigel was a good friendly person with a strong passion to help the leprosy communities. Their vulnerability due to the disease which disabled them moved the beautiful soul and he vowed to do something to uplift their plight and he did just that. His death is a big blow to our leprosy people in the project sites. He will be greatly missed by the current NTLP Manager who sent his condolences through Leprosy -Zambia WhatsApp. On behalf of ZATULET staff and indeed on my own behalf we say this gap Nigel has left will be felt for long time. Rest in peace my friend. My sincere condolences to his wife and children.

A man is measured more by what he does than what he says and in this respect Nigel did alot. Helping the leprosy community through LUV+ to up left themselves by entrepreneurship and mentoring in the process build self confidence is a great idea.

He was a builder of people. May his work live on in those left behind.